What's on your mind?

Hello I buy this filly second hand but I do not know anything about it besides that it is a filly fairy. Thank you 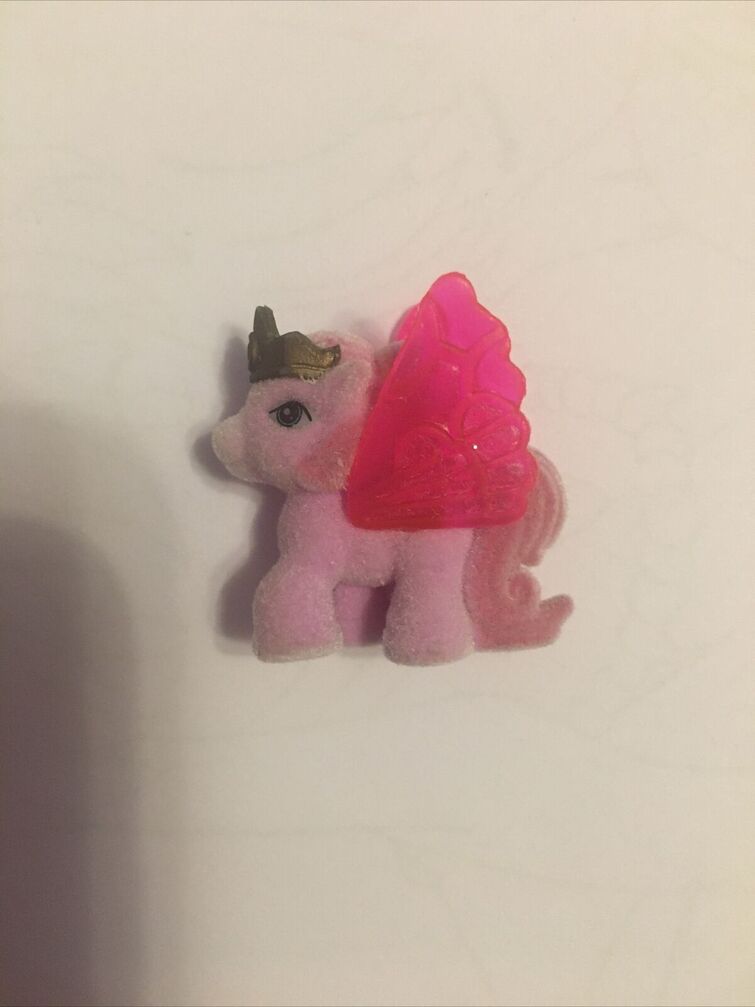 Hello, does anybody know who this Filly is?

Hello there! Does anyone have any info about Caspian (Filly Fairy)? I've got his toy from a friend but she didn't give me that little card every pony has. I don't have contact with her anymore and I can't find much about Caspian anywhere on the Internet and Wikis. If anyone happens to have his info card, please reply!

Ive Been winning a lot of fillies at an arcade recently and in a few of the blind bags these have been coming out. I have a regular filly next to it but I’m mainly wondering about the white one. I’m pretty sure it’s a rip off.

((also I hope this page is still active, I’ve just been getting into filly collecting for nostalgia’s sake lol)) 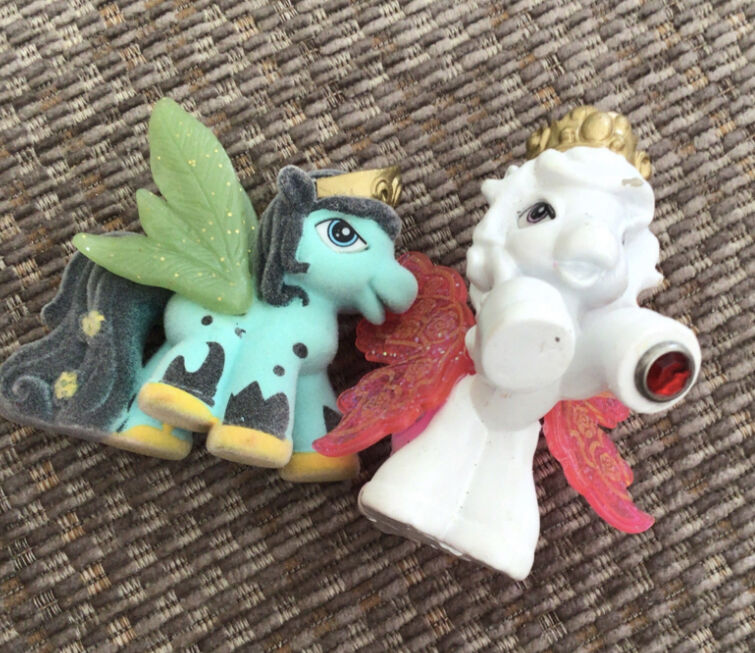 Hello, do dream wedding characters even exist as figurines? Because I have never seen any pictures of them as figurines.

Recently got my old Fillys out of the cellar and there are some I would like to know more about aka their name ;w;

Please tell me if anyone knows!!!

Also btw, someone said that there is a Filly movie planned? Is that true? The nine year old me from back then would scream if yes ^^ 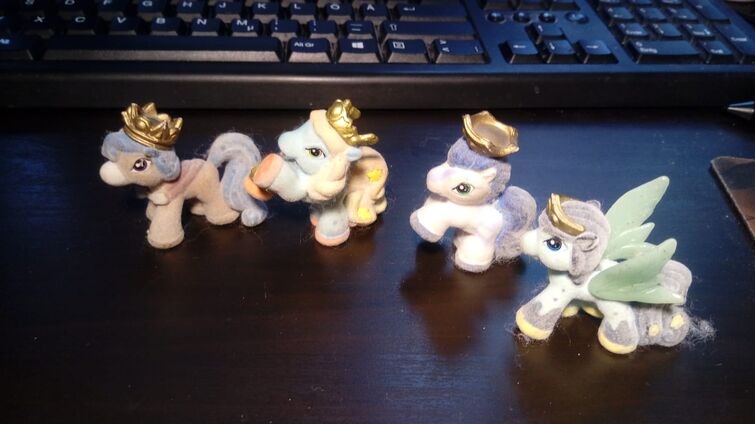 (they were covered with cotton asjdhfjkashdkjf trying to clean em rn!)

Hi, does anybody know who is that character? I thought it was Daisy but colours are not right. 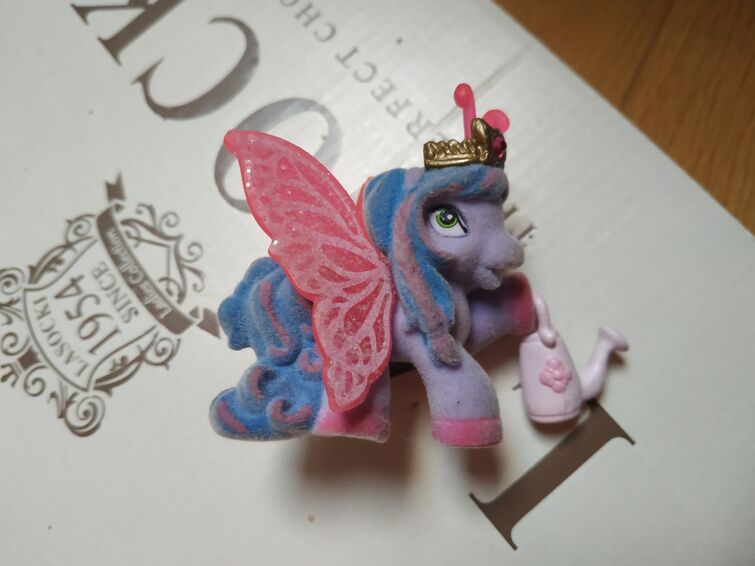 I found this playlist of full English episodes while browsing DailyMotion: https://www.dailymotion.com/playlist/x70zkd

Apparently, these were found on a streaming service called KidsFlix and then uploaded to DailyMotion.

KidsFlix is completely free, but it's only available on mobile and TV operating systems (iOS, Android, AppleTV, Android TV, and Roku).

Only 3 English episodes can be found as of now. 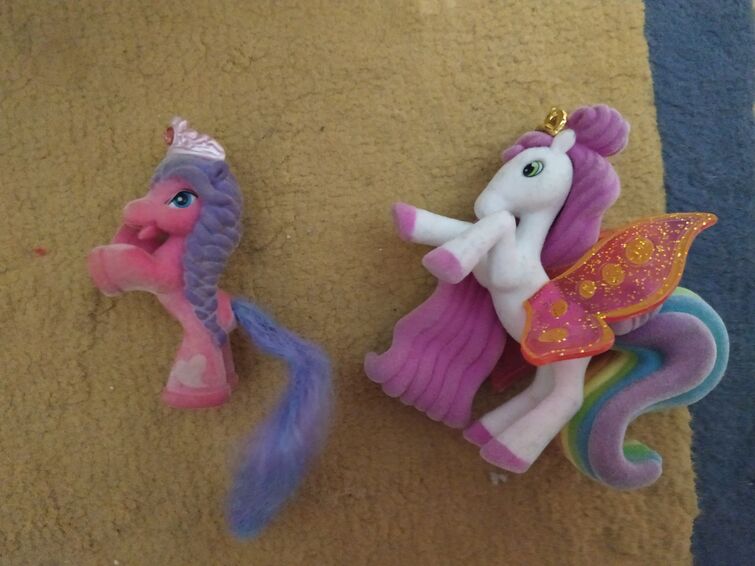 I need help defining this filly. I can't find anything about them anywhere, not even their name. I bought it second-hand, so I don't even know if it was in any set 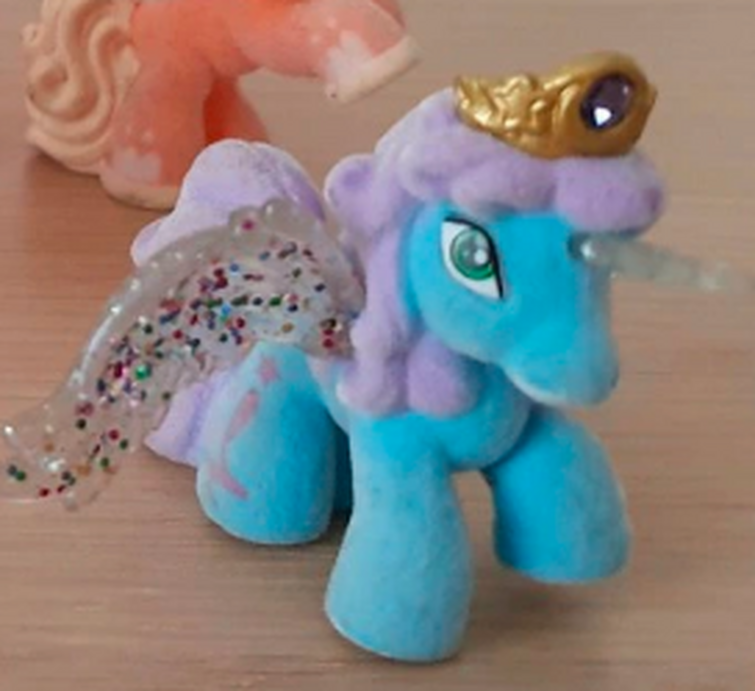 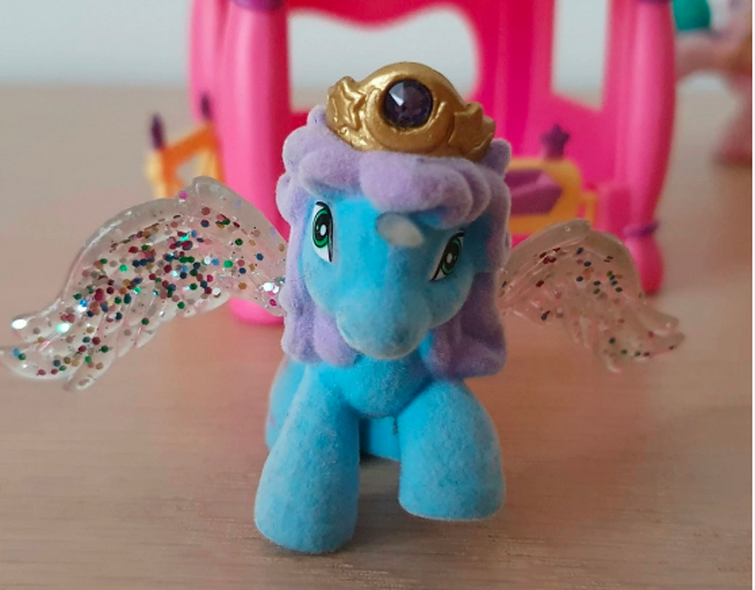 I understand that the page is locked and cannot be edited by the ordinary users but it names 'Stars' as 'the most recent line' while there are 'Filly Angels' being the newest toy line. I'm sorry but why cannot 'Angels' count as new filly toys enough to have their name listed on the wiki's main page?

Sorry in advance if I'm bothering anyone. It's just that the things changed, 'Filly Funtasia' and re-release of 'Unicorn' happened along with 'Ballerina' and 'Angels' toys released while the wiki has  some pages not having newest details included. And I only can edit the other ones but not the main page.

I admit that I've today and yesterday tried some solutions under the table (outside of the official/accepted means, in case the saying doesn't exist in English) to fix some articles repeatedly using shorthands for things like Miracle and Angel, and in one case Rafael, with the big catch that linking to Miracle and Angel led to disambiguation pages. It probably wasn't the hoped-for intention when using Angel as shorthand for Angel Fillies in various infoboxes. So I took a justifiable-but-cheap shot on making Miracle link to the Fairy Filly, while other mismentions would be turned into Miracle (unicorn). If that solution was problematic, it can of course also be talked about in this thread. Mentions of Angel in infoboxes has been corrected, but that leaves Angel pretty unique in not being a shorthand for an X Fillies.

One edit was big enough that it is not fit for being done super-quick or under the table. Two weeks ago, me and HareTrinity agreed on Fillychan to rename four Filly Wiki pages that had German titles, to make it easier for English-only or non-German speakers to find articles they looked for. Upon fixing some Angel mentions, I found that Rafael's title is both overly long and overly outdated, especially as Sonderfiguren has become Special Figures after the renamings.

Options that I can see, could include:
• Rafael (Filly Fairy Special Figure)
• Rafael (Filly Fairy)
• Rafael (Angel) _The Filly Wiki has maintained a strong division between the Angel Fillies and their toy lines until, perhaps less than a month ago? If others here want to still keep the angel Fillys as a separate, uh, community of sorts, then it'd make sense to list him as an angel instead of as a Fairy. I'm trying to see multiple sides' possible opinions here._
• Rafael (Fairy) _Would probably go against the thematic designation of Rafael (Filly Forest), or?_
• Rafael (Special Figure) _Should there be an S at the end, if it's his brand that is the thing?_

On paper, as me and HareTrinity are co-admins, me and she would have the big says on this, but any other opinions can't possibly be of harm and are presumably nice to see. So does anyone, also non-admins, have much to say on this?

(edited by My Little Life on Mars)

If anyone visited the Filly Wiki earlier today (9th of February 2015) and saw a lot of gray "image not found" images as the background pattern, then I've attempted to fix it by switching off the background image function, whose functions appear to have changed a bit recently.

For those who hasn't seen it and are wondering why the background colour is now a very different shade of blue than before, it's because I had to attempt to fix the problem in the above paragraph in a hurry, and couldn't really remember what exact shade of blue that used to be there until yesterday (I have bad memory, okay?).

That's all for now.

(edited by My Little Life on Mars)

Alright, since Filly Stars is the new big crazy ongoing thing now, of course it would have its own website, and of course said website would be full of holes in need of patching.

Since there is no article on the Wiki suitable for this, but I want to share it for historical purposes, I've decided to make a forum thread thingie where I would write about whatever Filly Stars website crew changes.

Today, for example, the pets descriptions have been finally added! Old comic book guidelines have been completely deleted from the website, even from the coding - they're gone, and we're somewhat lucky to have saved them elsewhere.

The home page has been patched up, too. Like the Butterfly website, this one shows a cycle of images, and now it properly fades from picture to picture - prior to that, the website was just cutting from image to image, with a slight pause during each cut.

There are still many, many things that they haven't fixed yet, though.

(edited by Zejgar)
(edited by My Little Life on Mars)

I've spent half an hour looking for possibilities for Nikita, and found that the name has strong connections to Greek mythology. Basically, Nikita → Никита (as Nikita Khrushchev made it a known name in the West) → Ἀνίκητος (Aniketos), which is Ancient Greek for being invincible. From there, it splits off into multiple dead ends.

By assuming it to be a name-ification of Niki, we get to the Greek pronunciation of Nike, the Greek goddess. There is an asteroid named 307 Nike that was discovered in 1891, but it's not a very important one.

If we get a bit wild with the sequences, Niki leads through various international spellings, such as the Polish "nikiel", to Nickel, a material believed to come from iron-nickel meteors crashing down on Earth. On top of it, nickel is used in a "German silver" mix with copper and zinc.

Am I close to any conclusion, or does anyone here want to do some more research or have insight on it?

(edited by My Little Life on Mars)
Guidelines