Andrew is a male Witchy Filly.

Although he appears in the 'Winter Wedding' edition of the toy line, his name was believed to belong to another witchy of the same line. Every piece of official media excluding Sammelband 2015, was mistaking the names and designs of Andrew, Alexandra, Lea and Leonard. The flyers, characters' cards, the website were calling Leonard and Lea  'Andrew and Alexandra'.

Unlike Leonard, Andrew and his beloved one didn't appear in the ordinary merchandise and can be seen on the pages of the special  Filly Magazine's comic and in the toy form, with the latter being a part of a play set.

Due to the lack of information about the fillys, the only illustration of Andrew and Alexandra's appearance available on internet was associated with the other play set's exclusive toys - Sven and Savannah. 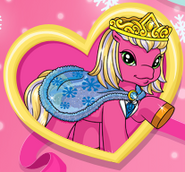 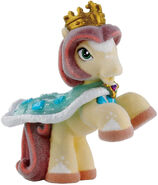 An image of a toy form for Andrew
Community content is available under CC-BY-SA unless otherwise noted.