Baroness Flower is a Filly who is enjoying the view from her castle, which is located high up in the mountains, and whose balcony she sits on every day.

Given the extensive nature of the Princess Fillies' family tree in toy canon, it is likely that Baroness Flower is Cedric's cousin through King Ekaros' family, though it is not clear which of she and her husband is a blood relative. It is also possible that "cousin" is being used generally and that they are further removed than his first cousin. 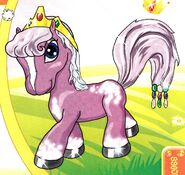 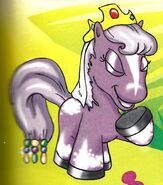 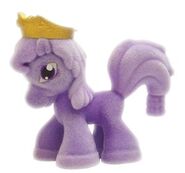 With Kuno; taken from Filly wallpapers on the official sites
Community content is available under CC-BY-SA unless otherwise noted.
Advertisement