Celestia is a female Witchy Filly, and a member of the Mysterious family, where she is the eldest of the three sisters. Celestia is a perfumer, and so she likes creating new odours. She is a bit shy, so she often casts an invisibility spell on herself, preferring to let the perfume fragrances speak for themselves. So if you smell a pleasant aroma in the air, it might mean that Celestia went by unnoticed! 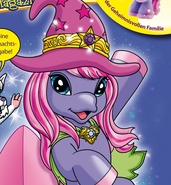 One of the illustrations for covers of german 'Filly Magazine' 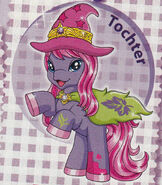 'Filly Sammelband': an overview of witchys 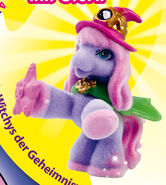 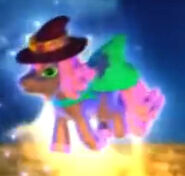 'Filly Witchy' tv commercial
Add a photo to this gallery
Retrieved from "https://filly.fandom.com/wiki/Celestia?oldid=16676"
Community content is available under CC-BY-SA unless otherwise noted.