Filly Beach Party was the first Filly toy line to include fantasy horses, and though many horses were still based on real horse species, even their personalities were less tied up to their source horse. Among the fantasy horses are two winged horses (Cheerful and Zofus) and a winged unicorn (Mani). Notably, these fantasy horses had bird-like wings, a feature shared with the much more recent Star Fillies and Angel Fillies in the modern days.

It introduced Filly Princess (character), the first Filly to be in all-gold, later expanded on through golden Filly releases, and the first to use a crown. Both of the traits, especially the latter, have been oft-repeated ever since. On the other side, she was not included in a 20-Filly set of smaller-sized Beach Party Fillys.

Czechia received both Forest and Beach Party!! in one line, including briefcase for collectors, dedicated magazine, blisters with a few of toys and cards, and some other merchandise.

The fillys of 'Beach Party' series

Czech merchandise, from an advert 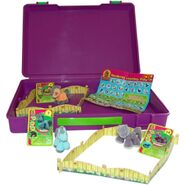 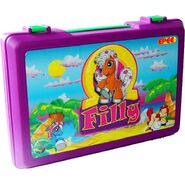 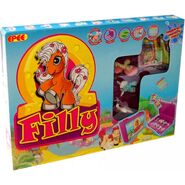 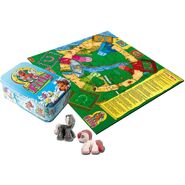 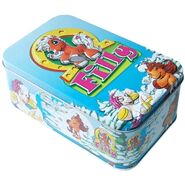 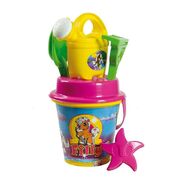 This release was the same as the main set, including Filly Princess, but with a different name and 8 additional figures. These Neon-Fillys are the character Filly, with her hair in various bright colours. The name slots of all eight were in fact filled out with Special, and their species slots with Neon [Pose/Mood] Filly, and as such, these figures are generally called by these descriptions of their pose/mood (e.g. "Happy").